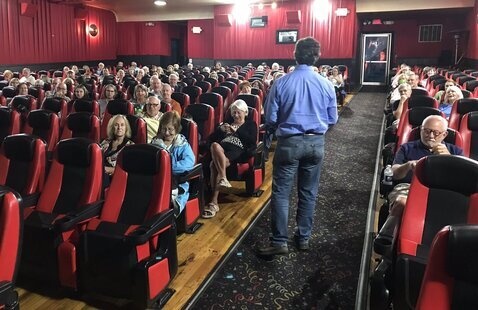 The 2021 Footcandle Film Festival will screen films during the festival weekend. There will be 10 feature-length films and between 15-25 short films, all in a competitive field and eligible for awards determined by both judges and the audience.

Six awards are presented, including:

The first and second place winners of the screenwriting contest will read from their work and discuss their creative processes at Lenoir-Rhyne.

The Footcandle Film Festival is designed to bring unique, challenging, and entertaining films to Western North Carolina every September. The festival is sponsored by the founders and members of the Footcandle Film Society, a 650-member group dedicated to screening and discussing films monthly. The society was formed in late 2007 by Alan Jackson and Chris Frye, with the inaugural film festival held in September 2015.

This event will be held in person and virtually.